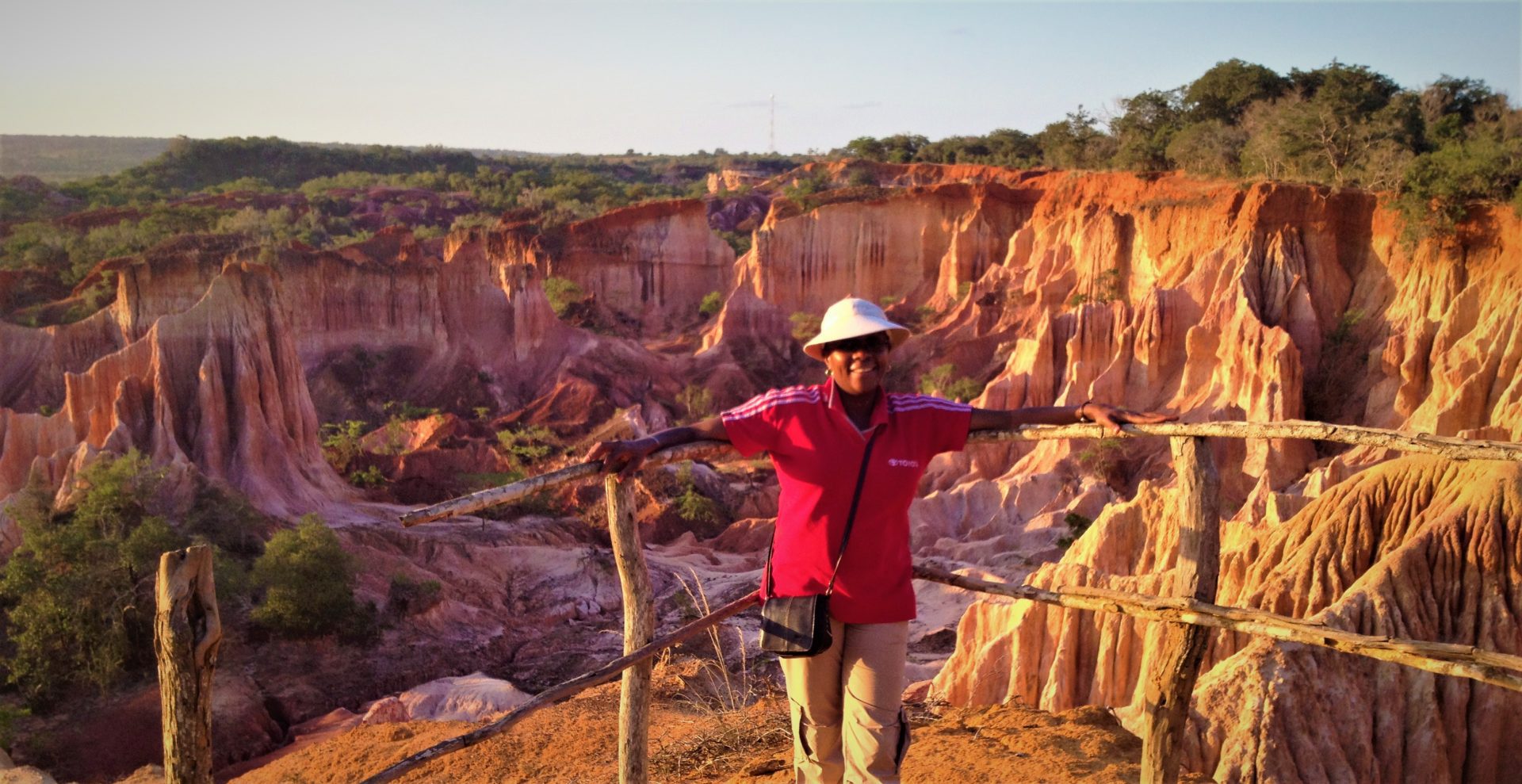 A visit to Hell’s Kitchen, right here on earth 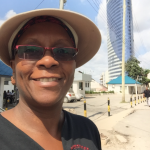 Years ago I was on a work assignment in Malindi, Kenya, a region well known as a holiday destination for its pristine beaches and vacation atmosphere. We were inland at place called Marafa (about an hour from the coastline) visiting a health facility.

On our departure, as we drove passed what appeared to be a fenced-in property, I noticed something gleaming through the bushes, in the late afternoon sun. As I strained to peep through the spaces, it looked like shiny brown rocks reflecting the sun’s rays. I enquired from the resident colleagues what it was and they shrugged saying ‘some sandy place mostly visited by tourists’. I requested if we could stop by and have a look. There wasn’t much excitement but they agreed since it was nearby.

There was actually a gate manned by a local who let us through with a pleasant greeting, indicating it was almost closing time (around 6pm). Someone else emerged from the shadows with welcome greetings, and I could hardly restrain myself or focus on him, because I was drawn forward to the remarkable sight before me.

Eyes wide open, breath drawn, a walked slowly in amazement towards what appeared to be the view point, a clearing marked by a basic fence of wooden beams nailed together, to prevent one from going beyond the edge. As I stared out at the scenery before me in awe, I couldn’t believe what I’d just ‘discovered’! ‘Woow!!

By then the sun was setting and words are just not enough to describe what I beheld, a stunning kaleidoscope display of colour, across what looked like a small canyon, made up of sandy stone in different shades.

“This is called Hell’s Kitchen,” I finally heard the guide say, ‘you are welcome, madam’. I had to compose myself to tear my eyes away to look at him for a moment. Acknowledging the middle-aged man obviously amused at my reaction, I returned his greetings. He could see I was mesmerized and was clearly happy with my appreciation for the spectacle before us. With a slight wave of his hand, he drew us a little nearer to the viewpoint and embarked on explaining what he knew.

The ridges and hill shapes in varied colours of pink, orange, yellow and brown were sculptured by years of erosion and exposure to the elements, resulting in the unique geological formation. The natives called it Nyari, ‘the place broken by itself’. As long as the community had been around, it had evolved and changed subtly but surely, continuously curving and shaping its beauty ever so slightly into the different variations of shape and color over time.

It was possible to descend into the depression down below, but he warned that the temperatures were much higher, rising up to 50 degrees Celsius during the day – hence its name! I was tempted to try but time wasn’t on our side. Plus no one else seemed interested. Though by now they were a little bit intrigued, my company was tired and just wanted to get back to their homes (I was the only visitor!).  It took some coaxing to drag me away, even as it was getting dark, because I felt one drawn to the ‘spirits’ calling me to stay and explore.

That was the highlight of my entire trip and I remained elated, talking about the place throughout the rest of the time spent in the region.

The next time you are in Malindi, make time to go a little out of your way, and marvel at this hidden gem. For obvious reasons the best time to visit is at Sunrise or Sunset (to get the most beauty out of the sun lighting). Go ahead and descend to ground level for more fascination and study. And if you dare, be prepared to experience the searing heat, to get a true taste of Hell’s Kitchen! 🙂

Do you know about this place? 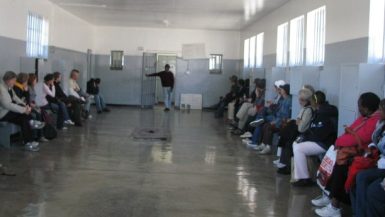 Triumph over Oppression, an emotional journey to Robben Island 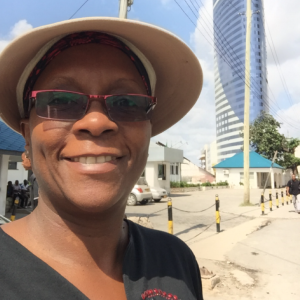 Maria Kamau has enjoyed an extraordinary life of adventure and discovery in Kenya, her homeland, and far, faaar beyond!

She's travelled to 58 other countries across Africa, Asia, America and Europe in the course of work and play. Back home she's been to 46 out of 47 counties that comprise Kenya.

And when she's not globetrotting, she drowns in data around her full time job as a Health Information Specialist and strives to learn indoor gardening in her free time. ;)

She's shares her vast travel experiences to embolden those aspiring, to travel more and affirms that it's possible to galivant around the world even on an African passport!